Hi, I’m Brandon Allen. I grew up in Central California and started making wine in my backyard when I was 19. I was a freshman at Cal Poly in San Luis Obispo and knew nothing about wine. My parents didn’t even drink wine when I was a kid so I literally had no exposure. As far as I knew, wine was this very pretentious, elitist thing that I would never be a part of. At the time I wasn’t thinking I would become a winemaker, I just thought I would get some free booze and impress girls, so I set out to make my first barrel. We just started walking into wineries in Edna Valley and asking to talk to the winemaker. The wine makers were the exact opposite of what my preconceived idea of a winemaker was. They were just really laid back and very open with their experience and knowledge. Also, they didn’t card us! We ended up making our first barrel that year out of mostly re-pressed pomas. The wine was terrible, but the entire experience changed my life. 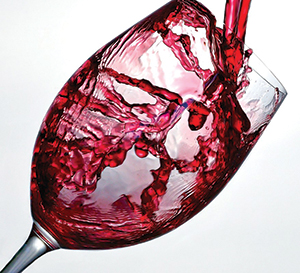 I progressively started making more and more wine each year. By the time I got out of school in 2008 I was making about four barrels a year and the job market wasn’t great because of the recession. I had a little bit of money saved up from unspent student loans and bartending tips, so I started the company in 2008 with 93 cases of sexual chocolate which we ended up selling in a couple of weeks. Fast forward 13 years later, and I make five different wines and sell in 40 states across the country; we are able to grow the company at a rate that doesn’t compromise the quality of what we put out.

Sexual Chocolate is still my most popular wine. It’s a California red blend of Zinfandel, Syrah and Malbec. I get the fruit from all over California: Napa, Sonoma, Lodi and Santa Barbara. I ferment everything separately and blend shortly before bottling so the blend changes slightly each vintage. I try hard to keep the profile as consistent as possible. As far as the name goes, if you’ve ever seen Eddie Murphy’s 1988 cult classic “Coming to America,” you’d know he has a terrible cover band called Sexual Chocolate in the film. I always loved that movie as a kid – I basically thought of myself and my buddies as a terrible cover band of an actual winery, so we started calling the wine Sexual Chocolate as a joke and the name stuck. I’ve been making it ever since. 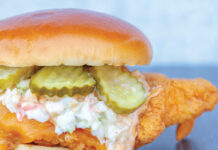 It’s Time to Get Wicked! 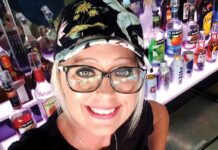 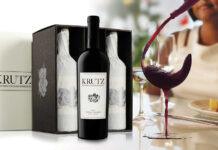