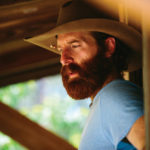 I’m watching the Alabama-Missouri game. I’m eating boiled peanuts. It’s the first time I’ve seen college football since the pandemic began some 300 years ago. To say I’m happy is like saying the Pope is an okay guy.

The football fanatic whose conversations are always about sports. A guy who, even if he is at, let’s say, a baby christening, will talk about the importance of a well-formed wishbone offense.

These are men so painfully obsessed that they name their kids after head coaches.
So, I’m not going to tell you how I was born during Coach Paul “Bear” Bryant’s farewell game, the last of his career. A game in which the Crimson Tide smeared the Fighting Illini into proverbial skidmarks.

Neither will I tell you about how, during the instant I drew my first breath, my father was facing a delivery-room television that broadcasted Paul Bryant’s final game.

I won’t tell you how when my father heard a newborn baby crying, he was so moved by paternal emotion that he sincerely said, “Ssssshhhhhh! It’s third down!”

What I will tell you is that my father liked Alabama’s head coach.

Paul William Bryant was born in the late summer of 1913 in a sleepy Cleveland County, Arkansas backwater. His hometown of Moro Bottom wasn’t even a town at all. Only seven families lived in the community. All dirt farmers.

Paul was a large, lanky baby. He had feet like rowboats, hands like ball gloves, and a stern, righteous face that looked like he helped write the Ten Commandments.

He was the eleventh of twelve births, and friends said he was a fearless human being.
When I say “fearless,” I mean that in his boyhood, Paul once wrestled a bear in a traveling circus-sideshow tent. The animal nearly ripped off his ear, earning him the nickname “Bear.”

His was a generation that grew up during a toilsome time. It’s hard to imagine just how difficult those years were in America. But make no mistake, they were godawful.
They were decades that formed men out of toddlers. A trying period that makes our modern-day pandemic look like a trip to the dentist.

The Great War was on in Europe, killing 20 million. Meanwhile, the Spanish Flu was taking another 50 million. Then came a Great Depression. Suicide rates were climbing higher than ever. Big-city bankers were leaping off tall ledges.

Dust storms were murdering the Heartland. Poverty-stricken sharecroppers were migrating to keep from starving. And the wars just kept coming.

This was the America he grew up in.

As a kid, Paul’s father was sickly, and his mother had too many children to handle. They were bone poor. She simply couldn’t afford to feed a teenage buck with a bottomless appetite. So Paul went to live with his grandfather in the nearby crossroads of Fordyce.
It was there, in an unassuming American hamlet, that football history would be written in the Arkansas mud. When 13-year-old Paul discovered a pigskin ball, tied with twelve evenly-spaced white laces, it would become his reason for breathing.

“One day, I was walking past the field where the high school team was practicing football. I was in the eighth grade, and I ain’t never even seen a football before.

“The coach naturally noticed a great big ole boy like me and he asked if I wanted to play.

“Coach said, ‘Well, son, you see that fella catching the ball down there? Well, whenever he catches it, you go down there and try to kill him.’

The following Friday, Paul was on the field in a uniform.

The big-limbed kid didn’t know the difference between a goal post and a “Reader’s Digest.” But he played hard. And he hit hard enough to dislocate your pride.

His teachers said he was a crummy student—he didn’t even graduate with his classmates. He failed a language class, and struggled in his other subjects. But on the field he was Michelangelo.

He led his rag-tag high school toward a perfect season in 1930, snagging the Arkansas State Championship. College talent scouts began crawling out of the wallpaper to find this six-foot-four hick from the sticks.

One such scout offered Paul an athletic scholarship to the University of Alabama. And so it was. Paul Bryant began his life in Tuscaloosa. It was the biggest city he’d ever known. A metropolis, by all means.

They say he played ball like his face was on fire. In one particular 1935 game, for instance, Paul played with a broken leg and still managed to help Alabama to a 25-0 victory over Tennessee.

But wait, what am I doing?

I told myself I wouldn’t talk about football. And just look at me. I’m boring you with statistics, obscure dates, and stories that are making you snore.

I apologize. I swore to myself that I wouldn’t tell you about Paul Bryant’s 25-year tenure as coach of Alabama, wherein he racked up six national championship titles and 13 conference championships.

I wasn’t going to tell you about how on the day of his retirement, the dirt-poor country boy from Cleveland County had grown up to hold the record for the most wins of any collegiate coach.

And I definitely wasn’t going to tell you that my middle name is Paul. 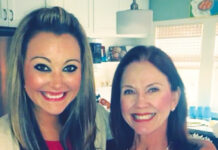 Planting Hope: A Mother Finds Her Voice After Losing Her Child 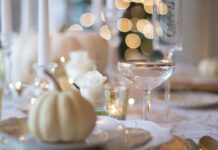 A Pastor’s Ponderings: The Power of the Thanksgiving Blessing 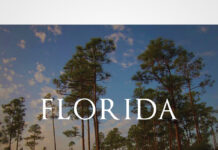