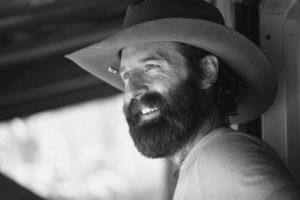 Today at the store I watched a young guy hold the door open for a mother of three. He trotted ahead and threw open the door with a grand flourish as if to say, “After you, mademoiselle.”

The woman stopped cold in her steps.

She had a baby on her hip, a toddler holding her hand, and her oldest child was bringing up the rear, finger shoved in his nose. The woman was young, her clothes had food stains on them, and she looked like she hadn’t slept since the last papal installation.

“Thanks,” she said. And her face was bright red.

What I want to know is why.

Why did this young man perform this small act of goodwill? After all, I’m sure the kid has a chaotic life just like the rest of us. I’m sure he was in a hurry. He had important stuff going on, places to be, people to text. So why did he take 12 seconds out of his day to help a stranger?

Furthermore, what purpose did this nicety really accomplish within the grand schematic of existence?

Let’s be honest here. Did this woman need help opening a door? Not really. We are talking about a woman with perfectly functional opposable thumbs. She had plenty of options when it came to opening a door for herself.

She could have (a) set her kid down and simply opened the door. Or she could have (b) told the oldest kid to quit digging for nasal gold and open the door. And of course there’s always (c) using her foot.

The hack journalist in me was curious, so I approached the kid and asked why he opened the door.

His first reaction was embarrassment. Then he added, “Aw, it was really nothing, man.”
Nothing.

Astounding. Because it didn’t look like nothing. If this act was indeed nothing, then why did it make me feel good all over? Why did I come home and write several paragraphs about a kid I’ll likely never meet again? I’ll tell you why: to meet my daily word count.

But also because being nice is not nothing. Kindness, by definition, is the exact opposite of “nothing.”

Yesterday, I went to get my haircut. Before my appointment I sat in the waiting room, reading a 17-year-old dry-rotted copy of “Woman’s World.”

Meantime, I watched a hair stylist cut an old man’s hair, making conversation, and just generally being cheerful. The man spoke with labored speech, and half his face was paralyzed. I was thinking maybe he’d had a recent stroke.

The old man couldn’t believe it. He did what most decent guys would’ve done and removed $20 from his pocket.

The stylist said, “No. Please. I don’t want your money.”

He insisted; she refused. They did this little dance for several minutes until the man finally gave up and thanked her, then turned to leave. But before he exited, do you know what he did?

He gave the money to a woman seated in the waiting area.

The old man handed the lady cash and said with strained speech, “Your haircut is on me today, ma’am.”

The woman appeared moved by his generosity. She thanked him and didn’t even bother explaining that no procedure involving women’s hair ever costs less than, at minimum, $250.

But that’s not the point. What I’m getting at is: why? Why all this goodwill toward men? What’s it all about?

And the reason I ask is because all these charitable people you encounter aren’t just random folks. These are your neighbors. Your coworkers. Your family. You are one of these people.

For the past several weeks my mother-in-law has been lying in her sickbed under hospice care. Nurses are constantly checking her stats, administering meds, and telling us to prepare ourselves for death. We have spent these last days holed up in a house just waiting.

But that’s where you stepped in. Over the past weeks you have flooded my family with emails, texts, messages, greeting cards, letters, care packages, anonymous pizza deliveries, bouquets, grocery drop-offs, and acts of kindness.

And all this kindness, to be perfectly honest, sometimes makes me feel sort of ashamed. Because sometimes I forget how good people are.

Sometimes it’s too easy to notice only the bad in this world. Sometimes it’s just simpler to focus on sadness. Sometimes it’s more convenient to see unfairness, injustice, and all the depraved souls who commit senseless acts of daytime television.

Sometimes I begin to have my doubts about our species. Sometimes I lose my way.
But then you come along. Smiling. Holding open the door. No, you might not be changing the entire world. But if you ask me, you are showing the world how such a thing can so easily be done.

So don’t tell me it’s nothing. 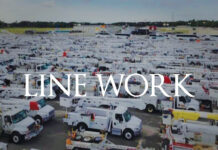 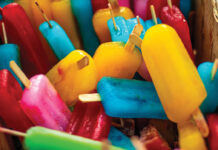 A Pastor’s Ponderings: Summer Refreshment for the Soul

What Does It Mean to Be Free?