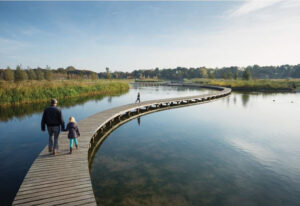 After several years of initial planning, Panama City Beach is setting the stage for a significant expansion of sports facilities and entertainment sites at its two public parks on the US 98 corridor.

While the master plan for Frank Brown Park and Aaron Bessant Park is still under formulation, City Council at a workshop on October 11 reviewed a “preliminary concept” version showing possible improvements the city could make to the two parks. The plan envisions adding and expanding facilities within their existing boundaries, officials said. 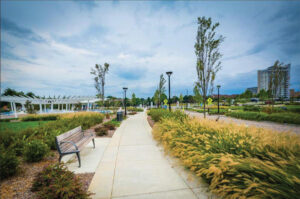 “The long-range goal of this plan for the parks is to add more benefits and amenities for our community,” Mayor Mark Sheldon told PCB Life. It will “give greater value to our residents.”

Under a $100,000 contract issued by the city last March, the architectural and engineering consultant Goodwyn Mills Cawood LLC created several design alternatives based on inputs from Council members and a 2020 survey of residents. During a presentation at the workshop on October 11, Assistant City Manager Holly White told Council, “This is a list of what your priorities were, a preliminary list of amenities.” She added, “Nothing is set in stone.” 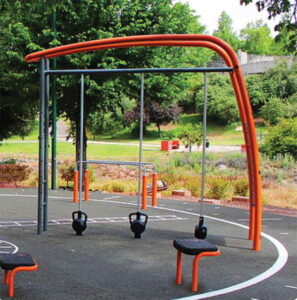 In addition to year-round sports tournaments, Frank Brown Park is also the site of several major entertainment events, including the Pepsi Gulf Coast Jam festival and Thunder Beach Motorcycle Rally. Under the concept plan, the location of such events might change.

The plan suggests that as additional sports facilities are added within the existing boundaries of Frank Brown Park, the city might transfer nonsporting events to an enlarged Aaron Bessant Park. The concept plan shows the creation of three additional performance stages and audience fields on a currently undeveloped eleven-acre tract behind the existing performance facility on West Park Drive. 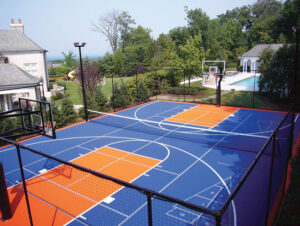 At the same time, the draft depicts the existing performance site at Frank Brown Park being transformed with new sports fields and facilities in addition to the existing fields and aquatic center. 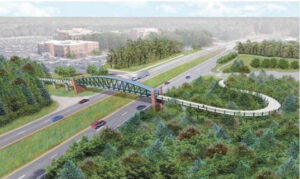 One proposal would directly connect the two parks: a pedestrian overpass over US 98.
“That will be an expensive walkway, but it is needed,” Councilman Paul Casto said during the workshop. However, any development must wait until after the planned expansion of US 98 from two to three lanes in each direction.

City officials caution that there is no firm schedule for beginning expansion at either park. Financing of various elements will require negotiations with other governmental agencies ranging from the Bay County Tourist Development Council to the Florida Department of Transportation, said spokesperson Debbie Ingram.

Council is expected to review an updated park concept plan at a special meeting scheduled on Thursday, November 10 beginning at 9 a.m.

For details on the parks master plan, go to www.pcbgov.com and in the “City Council Agendas” section, click on the Agenda Packet for the Council meeting on October 11.