The Panama City Beach economy is ending 2021 on a high note, thanks in great part to a record tourism season sparked by the relaxation of COVID-19 restrictions statewide in April.

“During the pandemic, we were pretty flat,” Vice Mayor Geoff McConnell said of city tax revenues in 2020 and early 2021.

When Governor Ron DeSantis lifted the emergency ban on short-term rentals on April 21, the Beach saw an immediate and unprecedented influx of vacationers, he said. “That was a boom,” McConnell said. “There was a lot of pent-up energy, pent-up demand.”

Under its charter, Panama City Beach’s primary revenue source is a 1-percent tax on gross business receipts. McConnell said that in March, with the pandemic restrictions in effect, the city collected only $864,471. In April, that figure soared to $1.45 million, a 68-percent increase. For the entire 2020-21 fiscal year spanning October 1, 2020 to September 30, the city took in $17.08 million, a 42-percent increase over the pandemic-marked previous fiscal year.

The spike in tourism also brought a significant growth in the county’s tourism development tax (or bed tax), a 6-percent assessment on tourist lodgings.

According to Bay County Tourist Development Council President Dan Rowe, bed tax collections in April were $3.29 million, a 93.25-percent increase over the same month in 2020.

Bed tax revenues are earmarked for several programs, particularly marketing the Beach and its new sports complex. Other uses include funding beach renourishment, and grants for public safety to the city police and fire rescue departments and Bay County Sheriff’s Office.

“The [financial] numbers were unprecedented in terms of the number of visitors that we had here,” Rowe said. “We are blessed.”

McConnell and Rowe said even with lingering concerns over the Delta variant of COVID-19, people were attracted to the Beach because the outdoor environment is relatively safe, and because the rapid growth in remote working made it possible for out-of-town employees to do their jobs here while their families enjoyed the sand and surf.

The positive trend continued throughout the spring and summer, McConnell said. Revenues from the 1-percent tax reached $1.58 million in May; $1.83 million in June; $2.44 million in July, and $2.65 million in August.

Bed tax revenues likewise soared from $4.2 million in May to an all-time high of $8.04 million in August, according to the annual Tax Collection Analysis Report compiled by the county for the TDC.

Rowe said there will probably be “some market correction” as other tourism destinations return to normal operating conditions. “But we’re well set up to be successful,” Rowe said. “There is nothing we see standing in our way as we continue forward.”

While the city will certainly enjoy a secure financial position in the short term, he cautioned that this year’s dramatic resurgence in visitation cannot continue indefinitely. Instead, McConnell predicted a return to normal seasonal fluctuations in tourism. “I think we’re good for the next few years,” McConnell said.

The challenge to the PCB government will come not from the future revenue stream – which is projected to remain strong – but from projected costs of local government that McConnell said could threaten to surpass the current revenue surplus. Of particular concern has been the growth of the city government staff from 235 full time positions in 2011 to 364 today, a 54-percent increase.

“As we grow as a city, we need to provide more [governmental employees] to serve that growth,” McConnell said. “The goal for that is to budget wisely for the next three or four years.” 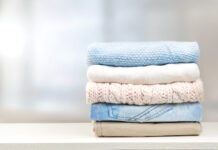 There’s a New and Better Laundromat in Town! 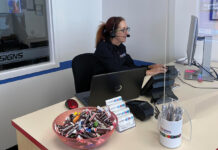 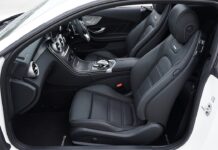