Kilgore’s Flooring & Ceramic Tile Inc. is a family-owned business and has been serving Bay County since 1965. We carry ceramic and porcelain tile, hardwood, carpet, luxury vinyl plank (LVP) and offer professional installation on all products, including showers and backsplashes, as well as carpet binding and custom rugs. Kilgore’s was the first carpet store on the beach. In 1965 Jim Kilgore moved to Panama City from Mississippi and opened Kilgore Karpet Kare, a carpet cleaning business. He started the flooring business out in a “hole in the wall’’ beside the old Ocean Opry. After about a year, the business burned down. Not to be discouraged, Jim continued to operate his business until he found the property on Back Beach Road in 1984 and this is where his business would take off!

After years of hard work, Jim grew his business into a multimillion-dollar company along with multiple other companies. Mike Kilgore started working with his dad (Jim) as soon as he could walk and was running install crews by the age of 16. Mike met Brenda in 1987 and she started working at Kilgore’s at the age of 17 as the receptionist. Brenda learned quickly and started helping with the bookkeeping side of the business. After a couple of years, Mike and Brenda were married and eventually had a daughter, Jessica Kilgore. Brenda started back in sales after having Jessica and quickly became the highest-selling salesperson.

During 56 years of service, in various locations from Callaway to Panama City Beach, Kilgore’s Flooring has gone through some hard times but has prevailed. The year 2010 was a particularly bad year for the Kilgore Family. Business came to a halt in April of 2010 due to the BP Oil Spill and in May 2010, Jim lost his battle with cancer. Mike and Brenda took over the business during these rough times and pulled through. After growing the business for the next eight years, Mike decided to retire and explore other interests. In 2018 Brenda took over as the sole owner of the business and it is now 100% woman-owned and operated. Jessica started out just like her mom and dad did. As soon as she could walk she was carrying carpet samples, and at the age of 12 started answering the phones. After college, she came to work at Kilgore’s full time and now runs the business with her mother.
Over the years the Kilgore Family has been an important part of our community. We often partner with Operation Spay Bay by providing donations or pet food to help out in our community. Only two weeks after Hurricane Michael devastated our area, Kilgore’s opened our doors with limited communications and limited staff. In the following weeks, we replaced more flood-soaked carpet than we have in many years combined! We invite everyone to our store to enjoy the family experience. Find us at 13201 Hutchinson Blvd. Panama City Beach, FL 32407 or call (850) 234-1414. “A Tradition You Can Stand On!” 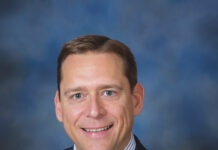 Are you a New Bay County Resident? 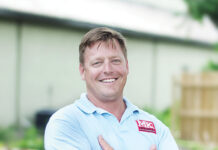 Key Numbers We Are Watching