“May You Live In Interesting Times” is an old expression that has often come to mind in recent months. 2020 and now 2021 certainly seem to fit the description of ‘interesting times’. The past fourteen months or so have been times of stress and change in almost every aspect of our daily lives. From the Covid pandemic to political turmoil; from soaring stock markets to rampant job losses; from exploding government debt to school and business closures, the past year or so have seemed like an obstacle course combined with a marathon of indefinite length.

The uncertainty of the times has been strongly reflected in the gold and silver bullion markets. Spot prices have been very volatile, increasing from 50 to 85 percent over their prior five year averages. ‘Premiums,’ or the amount above spot you pay for physical bullion, have also been very volatile this year in response to market demand.

During ‘normal’ times, gold and silver bullion are great ‘alternative savings’ and hold up well against inflation. For example, a silver quarter has nearly always been worth a gallon of gas since the mid-1960s (no matter the price of gas in dollars). And since the late 1800s, an ounce of gold is almost always equivalent to a good hunting rifle. Turbulent times can temporarily alter the relative value of gold and silver to these standards.

During times of crisis, gold and silver tend to increase even more than inflation and can provide good short term returns. Even with the recent increases, gold and silver are far from their inflation adjusted ‘all-time’ highs and are being purchased in near-record amounts even causing some shortages of physical bullion.

No one can truly predict what will happen in the future. Any financial decision comes with some level of risk. However, if you are concerned about inflation and the future of our economy, you should speak with your financial advisor or your friendly neighborhood numismatist.

Finally, the opening quote is a good one, but despite its persistent reputation as a Chinese curse, it has no known origin in the Chinese language and probably comes from speeches and correspondence of Joseph Chamberlain, a late 19th century British ambassador to China.

Author James Brock is a numismatist at Coin and Bullion Reserves. 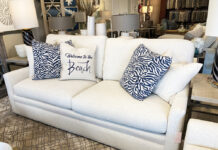 Design and Culture: Made in the U.S.A. 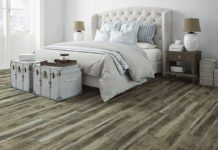 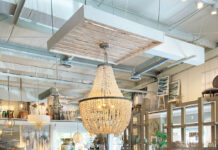 Design and Culture: Hurry Up and Wait