Navy Veteran and former Bay County Firefighter Michael Olson was left disabled after fighting a fire in Panama City Beach. He was able to return to work briefly after his spinal fusion, however, after undergoing several surgeries to alleviate the pain in his back, Michael still suffers and spends roughly 80% of his day in bed due to the severity of the scarring on his spinal cord. Saying that he can only spend so much time watching TV before he gets bored, Mike “The Knife” began hand carving knives to pass the time. He recalled seeing two gentlemen on television who made knives out of old metal files. Although his wife has since passed away, it was her words that inspired him to bring this vision of his to fruition. She believed that this hobby would be something that he would find difficulty with given the physical labor that is required. However, the word “can’t” is not in Mr. Olson’s vocabulary and he continues to push himself to create these beautiful pieces of art.

Michael also has a strong attachment to K-9 units in the line of duty. His service dog, Ruger, keeps him about his wits and helps to always maintain his physical safety by providing him support when he falls to lessen the impact. Ruger is not the only service dog that Michael has had beside him throughout his years. Michael knows about the special bond between the K-9 and the handler and says that it is one to cherish.

Michael Olson is a man of pride and respect. Above all, he has a strong sense of admiration and support for the first responders and military personnel who risk their lives every day to keep our country and our communities safe. “I have a deep respect for those who risk their lives for our freedom,” and Michael, and he works hard to show his support. He offers a deal in which the customer buys two blades and receives one while the other blade goes to be auctioned off for charity. Olson spent the past year creating stunning Damascus knives with elaborate file work. He donated them to various charities and organizations including the Walton County Sheriff’s Office (WCSO) and held a raffle at Copeland’s Gun Shop in Freeport, FL raising $750. Mr. Olson does not get anything back from the auctions and he does not want anything back, saying “this is how I can serve my community.” After the success of the auction at Copeland’s, he had another knife ready to immediately fill the display case for a Veterans Day auction. The proceeds from these auctions went to help the WCSO buy a new K-9.

Some of Michael’s current projects include his work with Serving Valor and Tunnels to Towers. Notably, the IGY6; Foundation is one that resonated strongly with Michael and he continues to do work with their mission in mind: “encourage comradery and promote uplifting adventures while taking a proactive approach to preventing suicides within our veteran and first responder community.” Mr. Olson is working with a young knife maker, Christian Wilson, who lives in San Diego close to a Marine Corps base. They decided to do a two-knife collaboration in which Wilson designed two blades and cut the blanks after finishing the design. After they were sent to Mr. Olson, he filed them both to be perfectly matching and sent them back for a final grind and heat treatment. When they are complete, Michael will put on his custom red, white, and blue handles made with wood from Ground Zero. Each knife also has the IGY6; Foundation logo on it. Mr. Wilson will raffle his off in San Diego while Mr. Olson will be looking for a place closer to home.

Currently, Mr. Olson has a four-piece kitchen set made with desert ironwood and bole burl handles. It includes a large carving knife, one paring knife, one meat fork, and one santoku knife. This will be auctioned at the annual fundraiser for the American Legion Hospice Center and all funds will go to the ALHC. The material for this project was donated by Mr. David Shaw.

Without the support from Mr. Shaw, Stuart Johnson, Mr. Wilson, and others, Michael says that he would never have been able to do this much. Although making these knives may come at a great cost for him, Mr. Olson is proud to be a part of the solution in helping to take care of our military and first responders. For more information, contact Michael by text at (754) 248-6915 or visit his Facebook page, https://www.facebook.com/michael.olson.10888938 (Michael Olson). 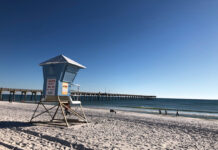 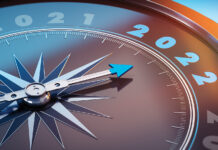