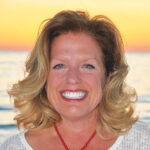 There are four signs that signal a downward relationship spiral leading to divorce. But you can learn to recognize these cautionary signals and take a detour that will put you back on the path to a long, satisfying marriage.

Which couple are you?
This week I met two young couples. Both couples have been married for four years. Both couples are loving parents and gainfully employed in professional jobs that provide health insurance and retirement benefits. Both couples seem to “have it all.” Yet, they are distressed.

Amy and Brian are heartbroken because no matter how hard they try, they can’t seem to stop having the same fights over and over again. In contrast, Lisa and Mike feel angry because they each see their marital problems as the other’s fault, and have given up trying to talk about it because talking just leads to another fight.

From the outside looking in, these couples seem similar. Both couples experience a lot of conflict and feel distressed. But for Amy and Brian there is still a high likelihood that they can bring the joy back to their marriage if they quickly take steps to turn their relationship around. For Lisa and Mike, the chances are slim because they’ve gone too far down the wrong road.

Four Signs You Could Be Headed for Divorce
1. You view your relationship problems as severe. You started out as flovers (lovers who are also best friends). But, now you notice that conflict is more frequent and has taken on a negative tone, especially for major issues that keep recurring. This negativity then begins to bleed over into other aspects of your life, as well. But, still you are turning toward each other to work things out.

2. Talking things over seems useless. You begin to blame the other for your relationship problems and your relationship talk is characterized by complaints, sarcasm, reciprocated negative feelings, and problem escalation or flooding the conversation with multiple criticisms. You start to turn away from each other and try to solve the problems individually, rather than as a couple.

3. Spouses start leading parallel, but separate lives. To reduce conflict and tension, and to get some perspective on the relationship, spouses avoid talking about their relationship or issues other than those topics that surround their daily routines. When other issues do come up, the intense conflict, criticism, and even contempt return. So, you and your spouse begin to keep your distance and to live more like polite roommates than the intimate flovers you once were.

4. You feel alone in your own home. When communication is restricted to practical matters peppered with the inevitable eruptions of intense conflict, there is little intimacy exchanged between spouses. You may go through the motions of your daily routine and may even continue to have sex. But your marital intimacy has been replaced, at best, by cordial indifference or, at worst, controlled hostility that lies barely under the surface and frequently erupts.

Where is the Point of No Return?
Couples like Amy and Brian can more easily reverse course because they noticed the first warning signs of relationship distress. Either on their own, or with the help of a counselor or couple’s workshop, they have a good chance of restoring the intimacy and happiness in their marriage.

Couples like Lisa and Mike, who continued to ignore the warning signs, have likely reached a “point of no return” or will have a rough road back to each other because they didn’t notice the early warning signs that they were possibly headed to divorce.

If you’ve been seeing the early signs that you are on the road to divorce, try starting a conversation about how to become flovers again.

If you think you might have reached the “point of no return,” try starting a civil conversation about your choices: Are you both willing to try the rough road back to each other? If not, can you dissolve your marriage amicably before you hurt each other and your children even more?

Granted…that’s a hard conversation to have. But I’ve seen couples who thought divorce was inevitable find their way back to each other. And, ironically, I’ve also seen many miserable couples build a better life for themselves and their children through divorce.

Jamie C. Williamson, PhD is a FL Supreme Court Certified Family Mediator and Gottman Methods Couples Counselor. She is an owner and partner at Amity Mediation Workshop, a mediation practice specializing in “friendly divorce” mediation and marriage revitalization sessions for couples. Dr. Jamie speaks frequently on relationship topics and authors the blog “Work it Out.” You can find her online at amitymediationworkshop.com.