Since the curiosity about lab grown diamonds has been growing, I wanted to use this article to explain some of the differences between natural and lab created diamonds. This is my opinion on why I feel genuine diamonds will always be worth their investment.

Natural diamonds are formed miles below the earth’s crust. They begin as carbon that is exposed to extremely high temperatures (2200 F) and squeezed under immense pressure (725,000 psi) from one, to a billion years. Through volcanic eruption these diamond rocks get blasted to the surface where they rapidly cool and retain their shape. When a diamond is found in the rough, it looks milky and misshapen like a large piece of salt. Usually the sparkle and essence of a diamond is hidden until a diamond cutter makes their precision cuts to form the rock into a beautifully faceted diamond.

Diamonds are durable and scratch resistant, unless scratched by another diamond. A diamond can also withstand temperature and chemical changes, which is why they can truly last forever. Making them one of the world’s most highly sought-after family heirlooms. 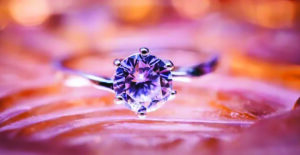 Each diamond is unique and has its own identity, in the form of inclusions and color, as determined by the ‘4 C’s’ – color, clarity, cut and carat weight. Diamonds have different types of inclusions or imperfections such as feathers, crystals, pinpoints and clouds. Gemologists have even found other gemstones like garnets forming inside of a diamond.

Natural diamonds occur in every color imaginable. They also come in different hues and saturations of color. Color comes from impurities such as nitrogen molecules that become trapped inside the diamond lattice as it grows. The most common color of diamonds is white and more rare colors are fancy yellow, pink, vivid blue and red.

The chemical composition of both are the same, however most lab grown diamonds are created when a seed of diamond material is cultivated through a process known as HPHT (high pressure, high temperature). Chemical vapor disposition, or CVD, is another process used to create lab diamonds. Lab grown diamonds can be created in under three months, while natural diamonds can take thousands of years to grow.

It was not until the last 5 years that synthetic diamond producers have been able to create a stone that could compete with a natural diamond. The cost of a lab diamond is generally 30%-40% less than a natural diamond. With the advancement of technology, and with the more lab created diamonds being produced, the industry expects the price of production to decrease even more.

I agree, since the value of any gemstone is determined by the rarity and uniqueness of the gemstone, I believe that the more common lab created diamonds become, the more their value will decrease.

For serval decades there was a stigma attached to natural diamonds, as concerns grew over ‘Blood and Conflict’ diamonds; diamonds mined to fund terrorism and other illegal activities, primarily in South Africa. This issue was addressed in 2003 with the introduction of the Kimberly Process. Signed by 56 participants, representing 82 countries – approximately 99.8% of the entire diamond industry, the Kimberley Process established requirements, including certification of origin, for controlling the production and trade of rough diamonds.

Now that you know the difference between a natural diamond and on that I has been grown in a lab, I trust you will find the decision to buy natural even more compelling. There’s just something special about owning a diamond that took Mother Earth took thousands of years to create, and the pleasure in knowing that your natural diamond will last forever and will be passed on as an heirloom, its value retained generation after generation. 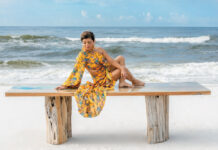 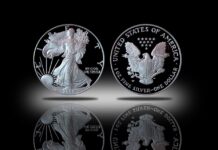 The Enduring Value of Silver 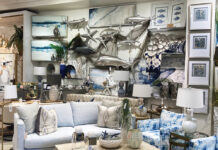 Design and Culture: Oh, How We Love the Sea