Last month the Bay County Sheriff’s Office (BCSO) responded to a structure fire on Magnolia Drive at about 3:43 a.m. As BCSO Deputy Erin Williams arrived, he noticed the whole roof and the south side of the home was on fire, with the thick smoke inhibiting visibility outside the home. Deputy Williams knew the 64-year-old man who lived at the residence and knew that the gentleman struggled with both mental and physical challenges.

By that point, the house was fully engulfed in flames. EMS arrived shortly thereafter and transported the resident to a local hospital. While the fire department began extinguishing the blaze.

Several minutes later, Deputies Clemens and Williams noticed the fire was getting close to a neighbor’s property. So, they knocked on the door to warn the elderly couple that lived in the home, but there was no response. As the bushes on the property caught fire, the Deputies made a forced entry into the home and woke the couple. Deputies Williams and Clemens then helped the couple grab a few belongings and led them outside to safety. Fortunately neither were hurt and the fire was contained.

Commenting on the heroic actions of his Deputies Sheriff Tommy Ford said; “Every day in our county deputies put their uniforms on accepting the fact they could face any number of dangerous situations that could take their life. I am so proud of Deputies Erin Williams and Clint Clemens who met the challenge and, with no hesitation, saved three lives today. And I am grateful to the firefighters who also met danger head on. They contained and doused the fire and kept the neighborhood safe. And to EMS who treated and transported the first victim to medical care. This is but one example of Public Safety at its best for Bay County.” 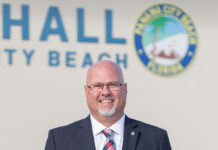 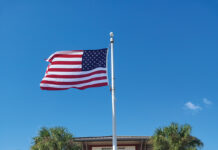