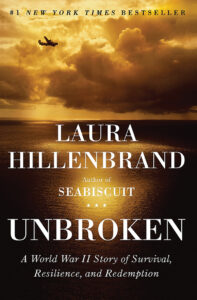 Every Summer I like to go to my home library and reread some of my favorites. Any publication by Laura Hillenbrand is among those “must be read again.” I first discovered her by reading “Seabiscuit,” the story of the American depression and a small horse that helped the people survive that era. I did not think she could ever equal that work of art until I read “Unbroken,” the story of Louis Zamperini, a former juvenile delinquent turned Olympic athlete turned prisoner of war. In this book, Hillenbrand breaks the unwritten code for American authors to downplay the atrocities of the Japanese during World War Two. Think of the Bataan Death March and the brutal treatment of prisoners of war etc. Modern authors tend to write about the unforgivable sin of unleashing the atomic bomb, which saved millions of American lives, without including these other details for context. The book shows us the underbelly of war through the eyes of Louis Zamperini and his bomber crew who were shot down and suffered unspeakable tortures as POWs. The real story is man’s ability to survive the unthinkable. After the war, Louis returns a vengeful, broken man who turns to alcohol, abuses his family and exhibits all the symptoms of what we now know to be PTSD. It’s also the story of men, like my father, who were able to put aside the horrors of the war and help build a new country. Zamperini’s wife, Cynthia, goes to hear a young evangelist preacher who she believes can finally help Louis. Threatening divorce she makes Louis attend a tent revival meeting and hear the preacher. After leaving the meeting Louis returned home a changed man who spends the rest of his life teaching the “act of forgiveness” all over the world. As a historical note, the young preacher’s name was Billy Graham. 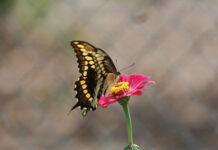 Let’s Get Growing with Julie: Butterfly Gardening is More Than Milkweed and Monarchs 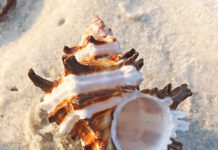 A Bonanza of Seashells Will Arrive With the Sand 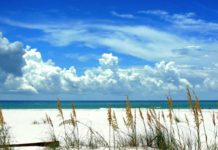 Gulf Beachfront Getting a Major Facelift