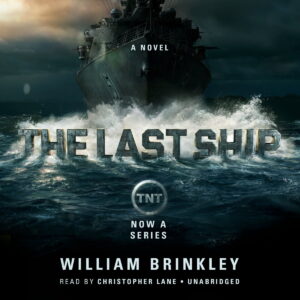 I have always loved post-apocalyptic novels, and I was hooked in the 60s after reading “On The Beach’’ by Nevil Shute. The world, after WW111 destroyed most of the world, has only a few remaining survivors in Southern Australia who are awaiting the radioactive cloud heading their way, bringing with it certain death. The story focuses on how people choose to spend their final days. Fast forward to 1988, “The Last Ship “ tells the story of a United States Navy guided missile destroyer, the USS Nathan James, on patrol in the Barents Sea after a full scale nuclear war between the United States and the Soviet Union. Off the coast of Brittany, the James discovers a non communicative submarine which tails them to the Mediterranean coast. The Soviet Navy ballistic missile submarine Pushkin decides to surface and make direct contact. The two vessels quickly establish a truce and agree to work together. The sub has plenty of fuel but is low on food, and will attempt to reach a soviet supply base in the Arctic and retrieve fuel for the Nathan James, which is loaded with food. After months of searching the Pacific ocean, the Nathan James finds an unpolluted island where he assigns the female crew the task of ensuring the continuation of the human race. What could go wrong?

Design and Culture: Black and White