‘Renaissance Man’ seems apropos in answering the question to Who is Brian Clowdus? “I’m this theatre producer who grew up coming to Bay County,” he smiles. “This is not the life I had planned a few years ago, but life is exciting if you allow yourselves to take those left turns and listen to what God is saying.”

Growing Up
It’s been an interesting journey for Brian, who was born and raised for 18 years in Hokes Bluff, Alabama, a small southern town near Gadsden, nestled in the foothills of the Appalachian Mountains. “Growing up we always went to Panama City Beach,” he says. “I grew up with Goofy Golf, Angelo’s Steak House, and we stayed at Sandpiper. We mourned the closing and teardown of the Miracle Strip. It was the iconic PCB experience.”

After high school, Brian attended Amherst College, a liberal arts college in Amherst, Massachusetts where he received a Bachelor of Arts degree in Theatre and Dance. Following college he moved to New York City, where he became a working actor. He got a job as a singer for a cruise ship for six months, touring all over the Caribbean, Canada, and Alaska. Afterward, he moved back to NYC and did a Broadway national tour, then later got a performing role at Tokyo Disney, based in Japan for a year. “I was living this gypsy lifestyle that took me in and out of the city,” he remembers. “I missed my family, and I wanted more stability in my career. My family will always be my top priority… time with my mom, my sister, and her family. I am a family man first and foremost.”

Brian decided to go back to school, receiving his MFA degree in Acting at USC in Columbia, South Carolina. After grad school he founded a theater company in South Georgia that specialized in outdoor immersive experiences. This, in turn, led to him spinning Brian Clowdus Experiences which performs theatrical entertainment all over the country. In 2020 he had eleven shows in eleven states… this breakout year is what he had worked his whole 14-year career for. (At the time of this writing, Brian has just completed three productions in a six-week period: Oklahoma in Roseland, VA; Sleepy Hollow in Texas; and Salem in Georgia.) “Theatre production is really intense,” he says. “We put things up pretty fast. It’s concentrated. There’s an extreme rehearsal period. It’s all about getting the right people in the room. If you have people in the right roles, everything works out.” BrianClowdus.com gives an overview of his Immersive Experiences.

Bay County
Brian always said he was going to retire in Bay County, and he moved to his permanent home in March of 2020. “Long term, I would love to bring some type of immersive (interactive) production to Bay County,” he states, noting our current lack of a large theatre production company here. “The beach is what brought me to Bay County, but there are so many interesting opportunities that I could bring, like an immersive dinner theatre experience. All of my work is interactive. The fourth wall is pulled down; the audience is involved. The show takes place in a cool space and it’s happening the second you step in the door. The guests are always interacting with the actors.”

New Chapter
While in lockdown last year, Brian did a lot of soul searching. “Sometimes I think we work to work, and we say yes to everything,” he observes. “2020 made me think about my priorities. I wanted to be mindful and strategic on what I’m doing with my life… follow those voices that I know are the truthful ones to follow. Was this where I was meant to be? I got into fitness; I tuned into the presidential election. I got involved with the Bay County Republicans and started volunteering for the Trump campaign. I had no agenda of running; I just fell in love with this district. I knocked on thousands of doors and got to know this community, and with every door I knocked on, I fell more in love with the residents.”

Truly figuring out what makes you happy is a life pursuit, Brian believes. The three key ingredients to being happy, he feels, are found in the questions: Where do you want to be? What do you want to be doing? Who do you want to have in your life? “Hang onto joy because tomorrow it may be gone,” he says. “The good and the bad are both fleeting. So let things go that are not serving your life, and know that when you let go of things, you are creating space for new things in your life. Joy is about figuring out how to be happy with yourself. It’s the most valuable commodity we have.” 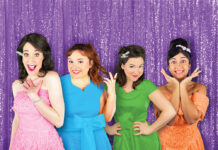 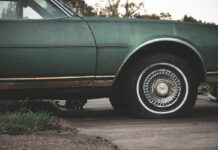