May is Amberjack time! This year our AJ season will be May 1 through May 31 and August 1 thru October 31. Make reservations soon for your trip to catch those large and fun and great-eating fish. Amberjack are great grilled, fried, or smoked!

The Great Red Snapper Count is in and it is great news for red snapper enthusiasts!
The quest for more accurate information on the quantity of Red Snapper in the Gulf really began in earnest in 2007-8 when the red snapper seasons were cut by NOAA from 196 days to 65 days. Our charter boat captains and private angler organizations began working together to bring to the attention of NOAA’s SE Regional managers and scientists the seeming lack of accurate science when it came to the abundance of red snapper. 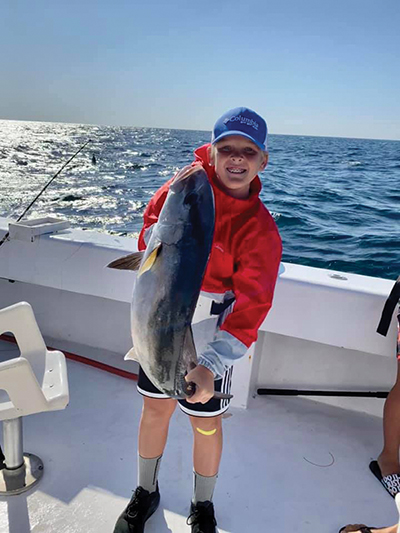 Our Bay County Chamber of Commerce led the way to help us inform local, state and federal officials and agencies of the disconnect between NOAA’s data and what we were seeing on the water. Our local charter fishermen led 2 different rallies in DC with anglers – commercial, for-hire, and private – from all over the nation to bring this matter directly to legislators, as well as issues with other species.

We needed an independent scientific study, separate from the NOAA process. Then-Governor Rick Scott personally contacted other governors and State fishing agencies across the Gulf as well as our Florida Fish & Wildlife Commission, encouraging them to work together to resolve this decades-old issue that was negatively affecting jobs and tourism.

Now all the Gulf States have their own data collection programs which have shown significant differences in the numbers of fish harvested when compared to NOAA data.
The Texas Gulf Council Rep., Dr. Greg Stuntz of the Harte Institute of Texas A & M, led scientists from universities across the Gulf to design a better data collection plan. 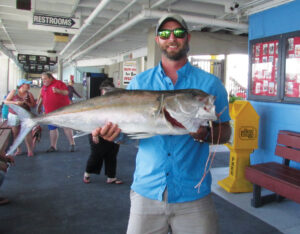 In the meantime, Sea Grant and former President Trump’s Secretary of Commerce, Wilbur Ross, together with Congress had been listening. Between Sea Grant & Congress, they appropriated $12 million to make The Great Red Snapper Count happen.

The plan was implemented to accomplish this never-before-attempted in-depth study of the abundance of Red Snapper.

Now we know there are at least 3 times as many Red Snapper in the Gulf than first thought by NOAA scientists.

We do not know where this will lead concerning our fishing allocations and seasons, but you can tune in to the Gulf Council’s meetings during the Reef Fish Committee’s issues and even send the council your comments on the subjects they discuss.

Go to www.GulfCouncil.org and choose the Meetings drop down box for more info.

Just so you know, right now our Federal boats’ head boat and charter boat season will begin June 1 and go through August 2 at 12 midnight. The private anglers and state charter boats will have their season determined by the FWC. You can check out their website at www.myFWC.com and go to saltwater fishing regulations to find the latest info. The state regs for Red snapper 2021 season will be determined at their May 12-13 meeting. Tune in to see your Commission in action!

Your participation in the process is always a good thing!

When planning your fishing trip, remember Capt. Anderson’s Marina…
Where the fish are always biting and the kids are always smiling. 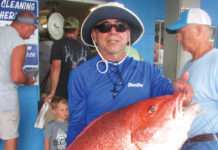 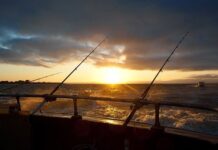 Grand Lagoon Living: A Rodeo is Coming to Town!