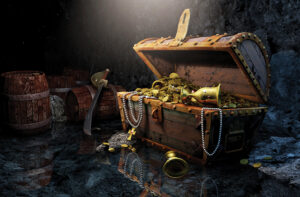 Gold has been used for thousands of years in armor, jewelry, objet d’art, coins, and crowns, a glittering symbol of power and wealth throughout history. Thanks to its malleability, gold, compared to other precious metals, was easier for ancient cultures to forge and shape. The fact that it didn’t corrode only increased its value, and accounts for the discovery of historic gold pieces in modernity that are still in relatively good condition. Its association with the rich and powerful even in times of antiquity made this warm yellow color a symbol – and object of desire – for many warriors and kings.

Early cultures first discovered the precious metal near the surface, close to rivers in Asia Minor. Later, Egyptians and Romans would learn how to mine for gold underground. The oldest gold jewelry found dates back to around 4,400 BC, and was discovered at a burial site, the Varna Necropolis, not far from the shores of the Black Sea in Bulgaria. Along with actual burial plots, symbolic empty graves filled with grave gifts provided a literal bounty of archeological booty, including gold rings, animal figures, and even a scepter.

Dating to a time far more contemporary (1323 B.C.), the discovery of a fantastic trove of gold artifacts on November 4, 1922, in King Tutankhamun’s tomb (in Egypt’s fabled Valley of the Kings) is much better known. Not only were the walls in his burial chamber covered in gold, but the innermost layer of his sarcophagus was made of 240 lbs of solid gold, his mummy adorned with an elaborate gold funeral mask (not to mention numerous other gold treasures readied for the anticipated afterlife).

While it might attract less attention, the Cheapside Hoard found in London in 1912 by workmen is notable as the greatest single collection of Elizabethan and Stuart jewelry ever found in the world. This hoard is believed to have been hidden by a goldsmith in the late 1600’s. The location had once been a bustling jewelry district, part of Goldsmith’s Row in Cheapside. By 1625, other businesses had entered the area, and this batch of artifacts was lost under derelict buildings. It’s possible the hoard would have never been kept intact were it not for the antiquities trader and pawnbroker, George Fabian Lawrence, who made an arrangement with the demolition workers. “Stony Jack,” as he was known, would pay them in cash or pints of beer for any interesting finds during the demolition. Otherwise these treasures, buried for nearly 300 years, would have in all likelihood lined the pockets of the workmen who found them. The hoard included pieces like an exquisite gold cross pendant set with spinels, a gold and amethyst brooch, and an intriguing gold and pearl ‘ship pin’ (the head of the pin is actually a miniature ship with a baroque pearl as the hull), and had both real value and great historic worth. See select pieces from this collection at www.museumoflondon.org.uk.

There are many other examples of historic treasure discovered in the past two centuries, but no matter the era of origination, it’s clear that gold has been a highly prized commodity for thousands of years. 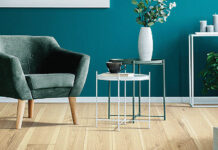 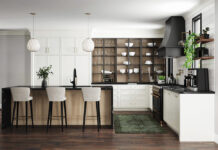 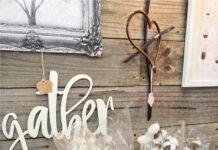