When the hopper dredge begins pumping 2.1 million cubic yards of slurry along the gulf beachfront at Panama City Beach (see mypcblife.com/gulf-beachfront-getting-a-major-facelift/), it will do much more than replace the shoreline eroded by past storms.

It will also bring a bonanza for seashell hunters.

While the waters of the Gulf of Mexico abound with hundreds of species of mollusks, conchs, and bivalves, relatively few samples wash ashore because of tides and wave action, according to Linda Brunner, co-editor of Seashells of the Florida Panhandle (Colorside Commercial Printing, Roswell, Ga.).

“Strangely enough, the worst place to look for seashells is by the seashore,” Brunner explains. “Not many species live in that rough and tumble world, and those that do rarely wash up on shore in good condition except after strong storms.”

Beach residents who comb the beach regularly for sand dollars, Scotch Bonnets or various Murex species know that they are rarely seen amid the millions of shell fragments that have been pounded by tides and wave action. Moreover, it’s well known to longtime residents that several miles offshore the shallow water suddenly deepens, forming an underwater cliff that blocks many shells from being carried close to shore.

If past beach renourishment projects are any clue, the slurry (sand and water mixture) that will be pumped ashore from the hopper dredge starting September 9 literally will coat the beach with an incredible array of pristine seashells that have long been resting on the bottom of the Gulf of Mexico. 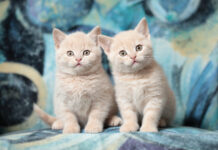 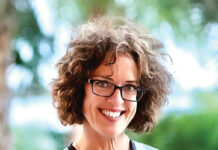